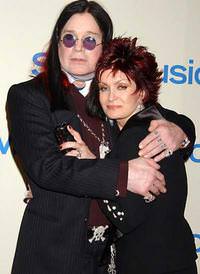 Parents are people, too.

Once, after staying up late to finish an assignment, Ben asked if he could sleep late instead of going to school early the next morning.  Usually his carpool picks him up at 7:30 but, in a bid to sleep late, he explained that his first period class was a “joke” (Phys. Ed. – working out in the weight room) and that he had no other classes until 10 A.M.

My reaction was very unsympathetic: “You have a commitment!” “Is school a “joke” to you?” “You don’t just miss school because you’re too tired to get out of bed!”

I felt pretty good about being firm.

JoAnn thought I had been unnecessarily rigid.  (Yes – this information was shared with me in one of those mirroring moments!)

That’s how I went to sleep.

The following morning, when I was up preparing to meet my obligations by going to work, Benjy too was getting his stuff together and waiting for his carpool.  Here he was, being the good son that I expected him to be, and here I was, the ogre father, forcing him to go to school and attend what he considered a boring and unnecessary class followed by sitting for two periods in study hall until his next class came along.  I knew it was the right thing for him, but I couldn’t help having sympathy for the sleepy lug before me.

The best I could do was encourage him to make the most of the study hall and tell him that I loved him.  I also made a point of telling him that I really appreciated the fact that he was going to school early and that undoubtedly something good would happen to him as a result of being at school early.  It was the best I could hope for.

He went quietly off to school, and we never discussed the matter again.  It was just another day for him, one that started a little earlier than he would have liked.  I vowed to be a little more careful about being a knee-jerk naysayer.

But how do you balance your feelings of guilt with your need to maintain a position of strength or authority?  It’s tough; and a lot depends on the age of your child.

Younger children usually don’t even know we’ve made a mistake.  They see us as a force of nature, like rain.  Today we made them go to school; tomorrow we may let them have ice cream.  Our power can’t be controlled, just lived with and prepared for.  If we’ve hurt their feelings, we apologize for hurting them, but we also need to explain clearly what motivated our behavior so that the lesson is not lost on them.

For example, Benjy and Coby are five years apart in age, which means that there was a period of time when Benjy, and all of us, had to be very patient with Coby because he wanted to be noticed.  One night, I’d had it, and I yelled at Coby for interrupting Benjy.  At the time, Coby’s storytelling skills needed a little practice.  He’d tell a five-minute story and it would go nowhere.  After a few of those stories we had a tendency to tune out.  This particular evening, Coby was trying to interrupt so that he could tell yet another story when I reached the end of my rope.

I looked at him and stated firmly, “Be quiet!” and Coby dissolved into tears.  Then, we both had a period of cooling off.  Later that evening I went into his room and calmly explained to him why I had gotten so angry.  We agreed that he would try to listen more and talk less and we sealed our agreement with a kiss.  My father had been very tough on me, but, what I will always remember about him was that he would apologize or explain himself to me after most of his outbursts.

Admitting we might have been wrong, or actually being wrong is something that occurs more often as our children get older.  This is because, as they grow up, their knowledge and communication skills improve.  As a result, our communication with them becomes more sophisticated.  Issues that used to be black and white have new angles added to them.  Absolute bedtimes become curfews with fifteen-minute grace periods.  Answers like “no” become “we’ll see.”

We go with our gut and believe in it.  When we’re making a minimum of ten decisions a day, we’re going to second-guess a few of them and we might actually regret one or two (in a decade).  Sometimes trying to compensate for those mistakes out of regret just compounds them.

We’ve learned not to change our decision-making criteria today because of a bad choice we made yesterday.  That’s like anticipating an umpire who called a bad strike will call a ball the next time the pitcher throws one straight down the middle.  As much as we might hope that all wrongs can be righted, it doesn’t happen that way.  The batter just gets to take advantage of that one, bad call.

Everybody makes mistakes.  We just have to keep moving on.  The best we can do, and this always applies, is love our kids and learn from our mistakes.

MISHAPS AND MILESTONES THE NEW NORMAL
Scroll to top