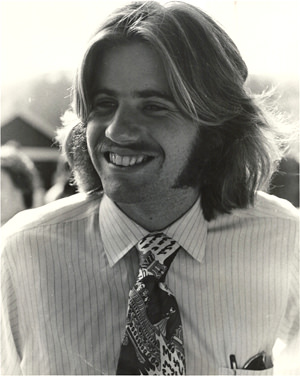 When I went to college in the mid ‘70s, I made fun of people who sat in the front row of the class. I thought their eagerness to get good grades was a “kiss ass” thing and that real “free thinkers” didn’t have to conform to the rigorous judgments of academia. This attitude was reinforced by a set of shifting societal values reflected in films about anti-heroes like “Easy Rider,” “Midnight Cowboy,” and “Taxi Driver.” It was a time of upheaval with Vietnam and Watergate.

After college, many of my friends went to professional schools – law, medicine, business, dentistry, and they benefited from their earlier academic focus in very positive ways. Others of us dove directly into the workforce, where we worked hard, got ahead, and maintained a residual belief in the value of achievement.

Things have changed, and it’s certainly not making parenting any easier.  But before we get to how we’re raising our children, here’s a little more backstory: 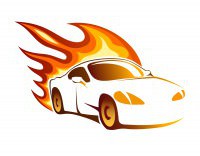 Once, I had to go to traffic school.  I chose a “comedy” traffic school because six mandatory hours of humor seemed more attractive than any of the alternatives. One of the first questions asked was “How many of you are in here for speeding?” I raised my hand. “Why were you in such a hurry?” he asked the class. A number of people suggested possible answers, and then I got to offer this brilliant piece of logic: “When I speed, I only have to worry about half the cars.” The instructor looked at me quizzically. “Well,” I explained, “when I’m driving faster than the other people I only have to worry about the cars in front of me because all the others are behind me.”

The teacher gave me that “so you’re the wise guy look” and then an oafish guy in the back of the room bellowed “Yea!! That’s why I speed too! I don’t want to have to think about the people behind me!” Suddenly, I had empowered the least responsible repeat offender in the room, a guy who was happy to have a meaningful rationalization for his otherwise stupid behavior.

When we returned from lunch, the instructor showed us “Red Asphalt,” and made it clear that we were watching this extremely gory movie in retaliation for our (meaning my) flip attitude toward speeding laws.

By disregarding those highly focused do-gooders in the front row, I was really just trying to justify my unwillingness to compete. I was essentially saying that “I have a high bar, I don’t need others to define or measure it.” But what I didn’t recognize was that lots of people, many of whom didn’t have as high a bar as I did, would embrace my defensive discounting or my wise-guy interpretations in order to justify their own poor performance.

Today, we’re living with these mistakes. Many Americans believe our government does not have our best interests in mind. Many people believe that they know more than their doctors, or their children’s teachers. The police are no longer perceived (or portrayed) as protectors (when, ironically, the vast majority of them are).

So what does this have to do with parenting?

Sadly, we’ve seen those rebellious years reflected in a growing generation of children who do not respect authority, who believe rules don’t apply to them, and whose parents have avoided teaching them about adversity.  What’s worse is a friend recently told me his daughter didn’t turn in her homework because she didn’t want to seem “too smart”!

Although, it’s probable that our neighbors will help our children, we’re so bombarded with negative media, that it’s hard to believe that’s the case. Even though teachers have chosen a low-paying profession because they care about our children, parents regularly undermine their authority and empower toddlers to ignore them. Although children are quite resilient, some parents believe they don’t have the authority to impose an expectation of high standards on their kids.

It’s time we examine our priorities.  Praise real achievement.  Encourage our children to understand their surroundings, and give them a sense of community and purpose.  It’s not all about them.. it’s about US. 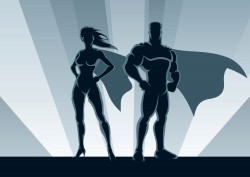 I wrote “Raising Children That Other People Like to Be Around” to give parents a sense of their authority, and to encourage the understanding that what our society fails to give our children is now completely our responsibility. It occurs to me that the more negative we are in our homes, the more negatively our children will perceive the world. My choice is to encourage comfort, satisfaction, and optimism. They’ll learn about all the other stuff later.

I’ve written this so you won’t have to spend any more time wondering how the world could have gotten so screwy. My suggestion is to ignore the world, make your home and family a happy place, and just blame me when things don’t go right.

That's Not How We Do It in Our Family

Raising Kids in a Modern Family

The Hugs I Regret Not Giving
Scroll to top