My name is Richard, and I am an addict.

When my children were young and asleep I used to sneak into our family room, power up our Nintendo, and quietly play the now-ancient video game with infectious music called “The Legend of Zelda” into the wee we hours,.  Night after night after night – not too different than gamers today who play “Call of Duty” or “Candy Crush Saga”.

“Just one more game,” I’d say to myself around midnight.  The next thing I knew it was two am.

I’ve been doing a lot of radio recently, and when listeners call in, the topic of video game addiction often comes up. This is obviously a worrisome subject for many parents.

Like many other forms of addiction, video games can offer escape and distraction from what’s really going on in the world. If you’re a kid and you think life sucks,  diving into a video game is an attractive way to escape.

The problem is that sometimes a kid’s life does appear to “suck.”  If a kid can kill bad guys, or can win a treasure, or can outwit the machine, then he or she gets to feel like a winner, and winning is wonderful – especially in a home where criticism is the norm and praise might be hard to come by. So it’s up to us, as parents, to give our children choices outside the seductions of the video world.

As always, this should start at home.  No phones or TV during dinner – which goes for both adults and children.  Set a parental example of activity: go outside, take walks, ride a bike.  Whether your kids join you or not, you are modeling a value for them about physical fitness and use of time.  One of the benefits of having grown kids is thatI have found that they record these behaviors (even if only subconsciously) and often adopt them in their own lives as they get older.

Meanwhile, keep an open mind.  Resist the temptation to automatically disapprove of the things your children enjoy – whether it’s video games, social networks, or “that damned music.”  If we close our minds to those activities, we eliminate opportunities for contact with our children and our relationship with them begins to narrow.  This doesn’t mean we have to like what they’re doing, but we should respect their interest, consider the merit of their choice, and then share an honest opinion.  That’s part of our job.

By the way, many video games help children develop manual dexterity and strategic comprehension.  As they succeed in the game, there can be genuine emotional gratification.  Our son Coby was about fifteen when he discovered an online game called “Aces High.” Teams, or “squadrons,” of players flew WWII aircraft on missions that replicated air and ground combat situations.  We initially learned about the game because it cost ten bucks monthly and required credit card payment.  When he needed credit card info I asked Coby to show me how the game worked, and he did.  His passion was evident. 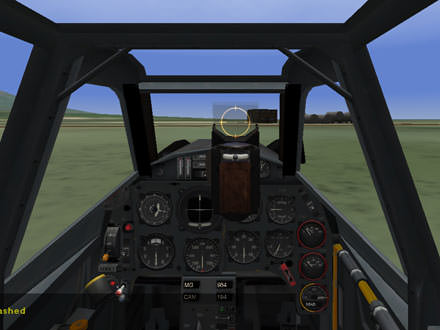 I entered payment information and left Coby to take off.  He joined a squadron, declared his rookie status, and set up his plane.  He wore a headset and communicated verbally with other members of his squadron, many of whom were retired Air Force or commercial pilots.  He was the youngest player on the team, and the other pilots — at their computers across the nation — were warm, instructive, and encouraging.  Sometimes Coby would enter the house and explain that he had a mission in fifteen minutes.  He was dedicated to the game and to his new friends.

Coby had perspective.  He knew the game was nerdy and he knew his fellow pilots (some of whom were married couples, grandparents, or educators) were not his regular set of friends.  But he enjoyed the interchange and we enjoyed watching him competently navigate in a world separate from ours.  We encouraged him to tell us more about his fellow pilots, and we often gave him suggestions for dealing with this wide range of personalities.

Coby’s experience with “Aces High” was a massive, positive learning experience on multiple levels.  The game taught eye-hand coordination, aeronautics (go into a steep dive and you’d black out), teamwork, cooperation.  This was a good video game experience. 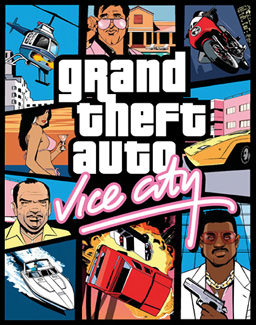 Some video games, however, are like bad neighborhoods. You don’t want your kids going into them, and this is when being a parent is far more important than being a friend. If you find your child absorbed in a computer screen, ask what it is that’s so worthy of their attention.  If you don’t get a clear answer, pry a little…and keep at it.  If you notice anger, frustration, or reclusive behavior beyond the teenage norm, offer some alternatives to the virtual world. If you hear a response like, “This is none of your business” make it clear that whatever happens in your house is your business.

Ultimately, video games are just that – games.  By communicating with our children and demonstrating for them that the social interactions of everyday life, like trips to the market, sporting events, guitar lessons, or karate classes are equally as engaging as the fantasy of their game, I believe we can give them the perspective they need to step away from their controllers when necessary.

If only I could get that dumb music from Zelda out of my head.

THE ULTRASOUND - The First Excerpt

K.I.S.S. - Keep It Simple from the Start
0 replies

Yes, I Locked My Kid in the Car The Blue / Pink Thing
Scroll to top