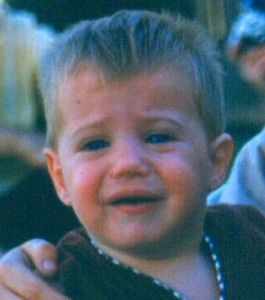 It’s hard to be happy all of the time.

People say I’m an optimist… and, by most accounts, including my own, I would have to agree.  Some days however, getting out of bed is not something that I look forward to. On those days, life is just a matter of having the determination to put one foot in front of the other.

I try to stay focused on parenting. That focus includes encouraging parents to learn from their mistakes and to revel in the challenge of raising kind, considerate children. I recognize that there are days when that seems pretty futile – and on those days I encourage them to just put one foot in front of the other. 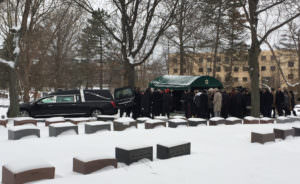 My friends and I  have lost loved ones; parents, spouses, best friends, pets – and all of us know the chasm of emptiness that resides in our chests from those events.  Although I was trained to emotionally overcome those tragedies, that emptiness often lasts longer than I could have imagined. Those days are marked by trying to remember those people with love and putting one foot in front of the other.

When I think about that, I also think about how wonderful certain parts of life can be. When I remove my fears (about health, wealth, and our nation) I try to focus on the parts of my life that are, in fact, wonderful. 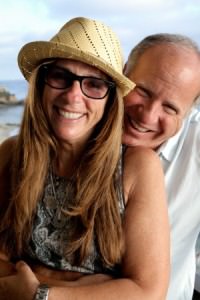 For each of us, those may be different. I have a loving family. My wife of forty years and I live in the house our children grew up in. Our family members are healthy and have healthcare (for as long as that lasts). We don’t worry about our next meal. Our kids are grown and earning their own livings (for the most part). I am, in fact a very lucky guy.

So why do I wake up depressed some days? Why does the world threaten me, when I should be threatening it? 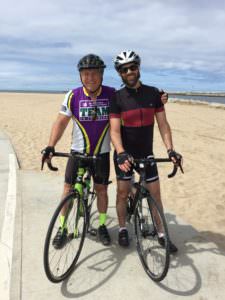 In my case, I’ve found that being generous – with time, gratitude or money – helps me feel better. To that end, sixty eight Southern Californians (including my son, Aaron) and I have decided to raise cancer-fighting money through an organization called Team in Training. This weekend we’re going to ride 100 miles around Lake Tahoe to complete our commitments (to ourselves and our donors). Our goal is to raise $250,000 for the Leukemia and Lymphoma Society with which they will fight the terrible disease. If you’d like to donate to the cause and increase the number of Cancer survivors, please feel free to contribute here.

But that’s not why I’m writing this.

I’m writing to say that, even though we can all find ways to feel good, there are just days when life sucks, when the day ahead feels daunting, and that’s normal. It’s OK.

I once gave a co-worker a post-it that said “Time heals all wounds.” She put it on her bulletin board and it got us both through some tough times. I’m old enough to tell you that, if you do the work required to learn, grow and change, it’s true – time will heal most wounds… certainly the ones that are emotional.

Another way in which my coaches and teammates have put this into perspective is to say “No matter how hard it is to ride your bike up that hill, someone fighting cancer has it much harder.”

So, today and this weekend, I’ll be remembering how lucky I am that organizations like LLS are fighting hard to add happier days to the lives of cancer victims….

…and I’ll be doing it by putting one foot in front of the other.

Let’s not blame the trophies.

First, it’s important to note that I’m not addressing the concept of “grade inflation” or the idea that every child in a given class is an honor student (as was eloquently written about by Michael Sigman in his article “When Everyone Gets a Trophy, No One Wins.”)

I’m writing about sports — and specifically the types of trophies that athlete, and Pittsburgh Steelers linebacker James Harrison denied his children and posted about on Instagram. In his post, Harrison pointed out that “Sometimes your best is not enough, and that should drive you to want to do better.”  James Harrison’s parenting decision is a reflection of the values he wants to teach his children, and I applaud his making a point and defining those goals for his children, however I don’t think they need apply to everybody.

Here’s the thing. When you’re nine years old, it’s probable that your best isn’t going to be good enough. In fact, maybe when you’re that age the functions associated with being on a team, learning to accept that other people play before you and that you’re not cut out to be an athlete may actually be your best.

My father wasn’t in the NFL.  I was a marginal athlete — but I still love and play sports.

I was getting Little League trophies for being part of the team long before they became controversial. I didn’t have the luxury of being one of the “stars” — but I knew who the stars were — we all did. They were the guys who got the MVP (most valuable player) and were named team captain. They were the kids with a drive that I didn’t have for sports, who were ultra-competitive, and who cried when our team lost a game. They were often the kids with parents who were driving their sporting careers, even though, as eight-year-olds, they were a long way from the majors.

I wasn’t ever going to be one of them.

But I loved getting my year-end trophy. I loved having the coach say a few encouraging words about me at the season ending pizza party. I liked being part of a team — a group of kids who had been forged into friendship by our ups and downs on the field — and watching my teammates each get recognized and kidded about events during the past season was as fun as the games for me.

So, why would we want to deny our children an icon that would similarly remind them of those experiences? Trophies aren’t entitlements. This isn’t about teaching our children that only the strong survive (at age six through twelve). This is about marking the fact that they had kept a commitment and shown up to the games. That they had experienced the wins and losses with everyone else, and had contributed, to the best of their abilities, to the outcomes of those contests.  Participation trophies are not a gateway drug to entitlement.

As far as I can tell, none of my peers lost their “drive to want to do better” because they’d gotten a trophy for participating. Many of my Little League teammates grew up to be hard-working professionals, run businesses and even supervise school districts.

I coached Little League. I coached AYSO. My kids had winning and losing records, but all of my clubs were taught what it meant to compete and to be part of a team. If the league didn’t provide trophies, I would make a certificate for my players. I gave a Sportsmanship Award. I gave a Best Attitude certificate, and then a series of funny, personalized “awards” like the “Timex Award” for a player who took a licking and kept on ticking. These awards were given at a group event, with appreciation, understanding and humor.

Not everyone on our team was great, but all of them made some sort of contribution — even if their contribution was teaching the better players how to be patient with teammates who weren’t as skilled as they.

My mantle no longer holds my participation trophies, or those of my children, but all of our trophies served a valuable purpose in our lives. In those moments they reminded us that we were part of a team, something bigger than ourselves — a lesson that shouldn’t be lost on today’s youth.

So, let’s not blame the trophies.  Let’s take responsibility for the way our children are being parented.

Although slightly modified, this blog originally appeared on The Huffington Post.